The girls were so excited about the marshmallow fight they couldn’t wait to do something fun to daddy again. So today we plotted a water gun fight. We took daddy a water gun and a note, while he was at the funeral home Emily ran it inside to leave on the table. Funny thing was when she went in a guy he worked with said “hey whats up” she said “nothing” while running through the place like a crazy girl. When she went running to the kitchen to leave the note on the table he screamed Stephen!!! Just as she hit the door to leave there was daddy! He ask “what are you doing?” She said nothing and ran out! So we were busted! We laughed all day and had to rewind that a million times! I can imagine his thoughts and his face when he seen the note. He sent a text saying “I’m gonna need a bigger gun.”

We came home and little did he know we also had water balloons. We filled 50 plus balloons and had the guns loaded.

He had an appointment after work so we had no idea of his arrival time. The girls went swimming because they got tired of waiting and of course here he comes 90 to nothing in the driveway jumps out and starts spraying, still dressed in his suit! The girls came running and screaming they couldn’t get to their bucket fast enough! We ended up in a time out so daddy could change and the girls could get set up. They had so much fun. EK cried because she kept missing him. We had lots of laughs today on this one and will forever have the memories! 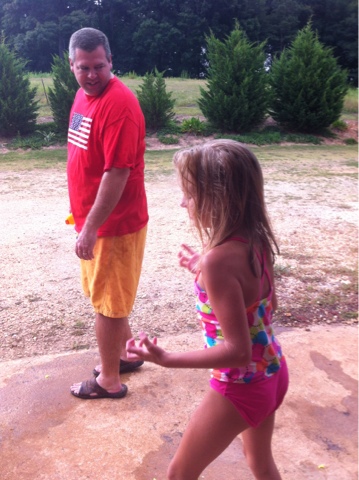 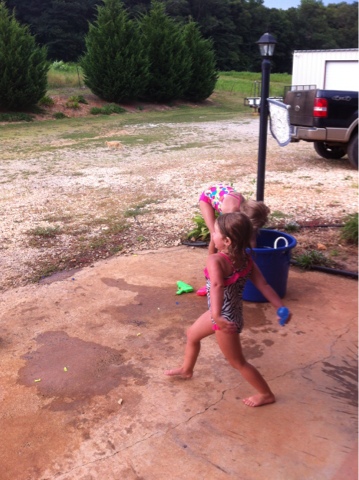 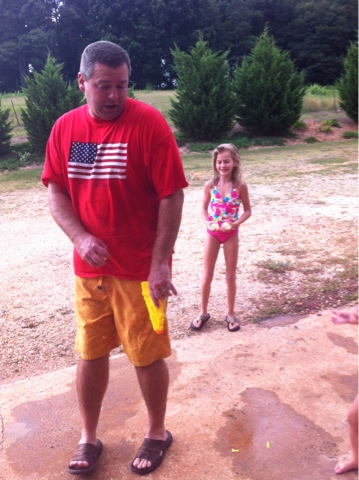 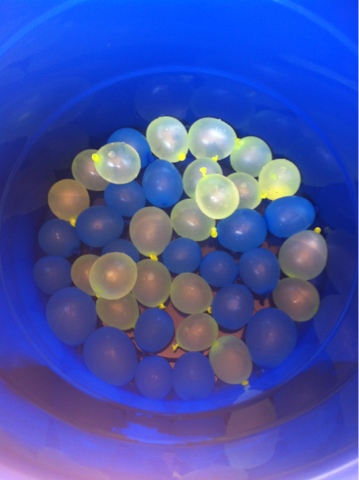 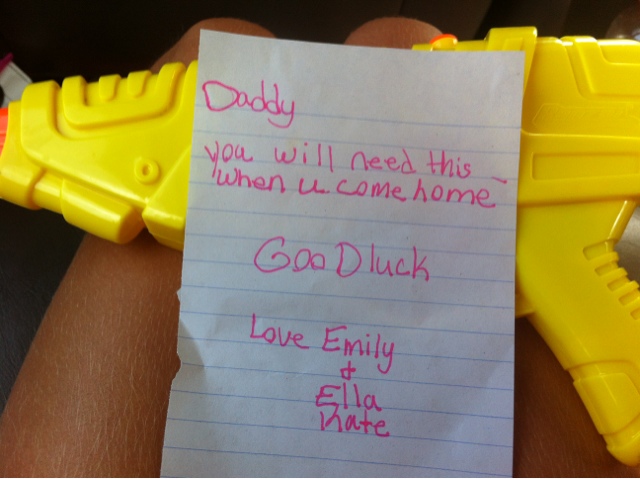 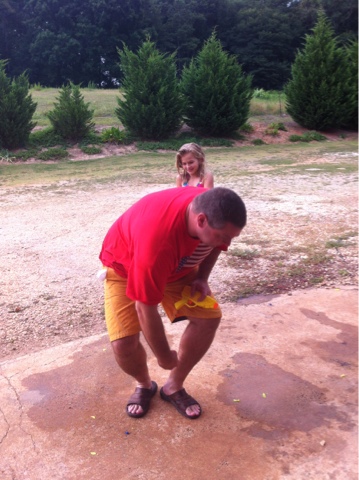 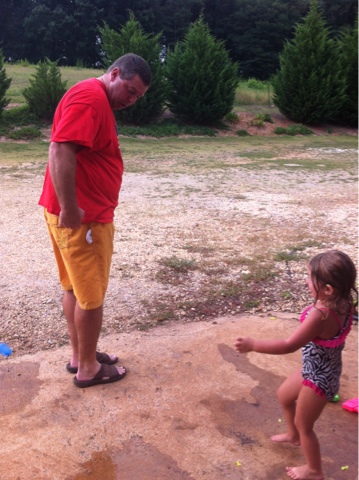 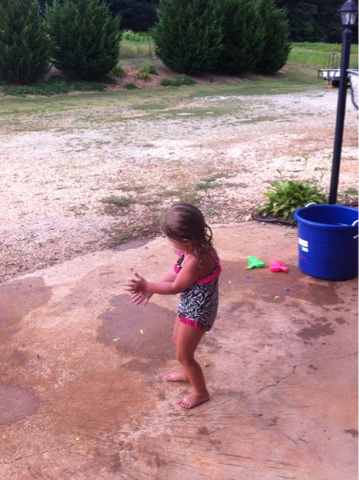 Previous The beginning of Father’s Day at our house!
Next Happy 4th of July 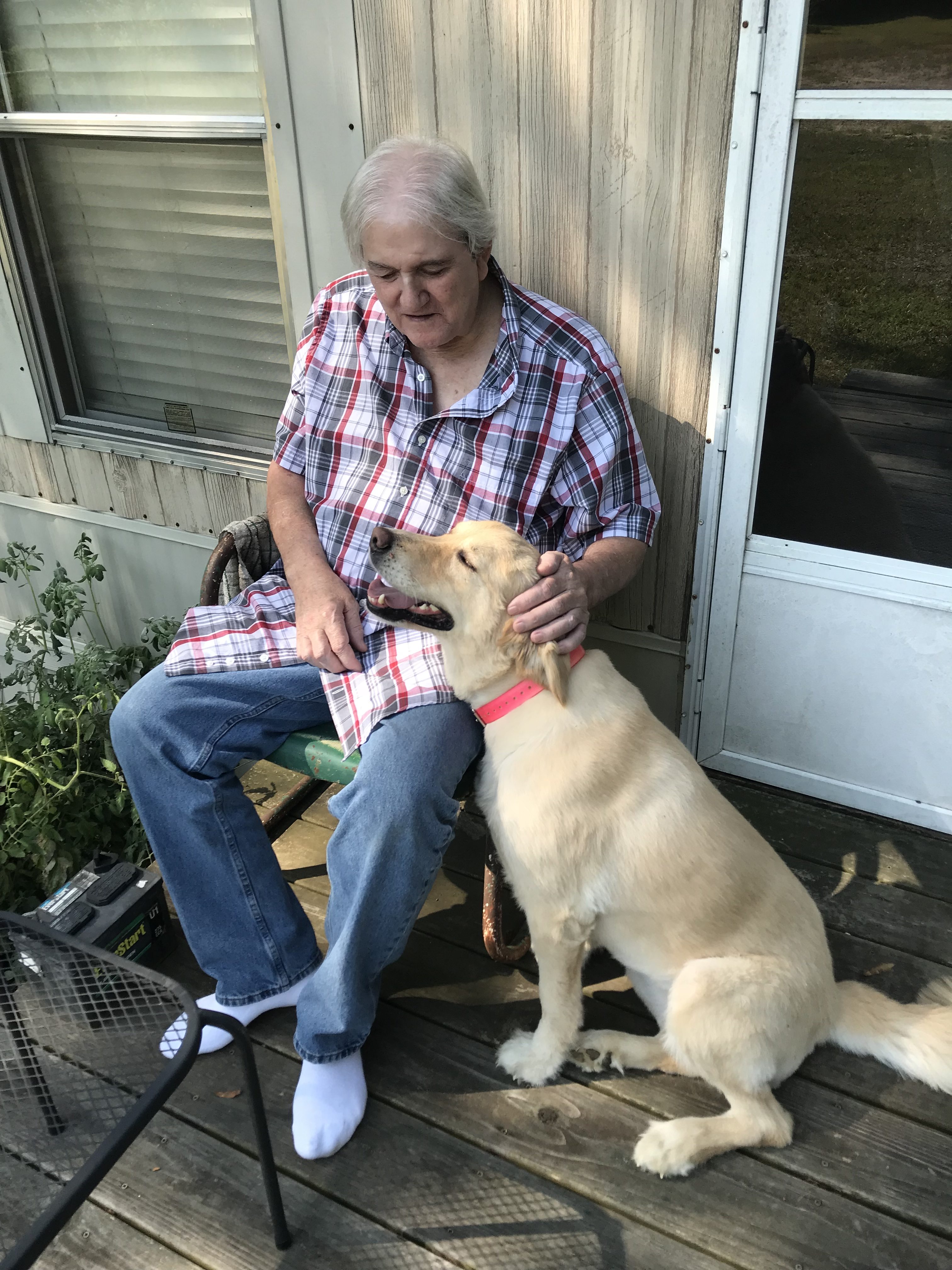 Back In Sweet Home Alabama

Where has the time gone?